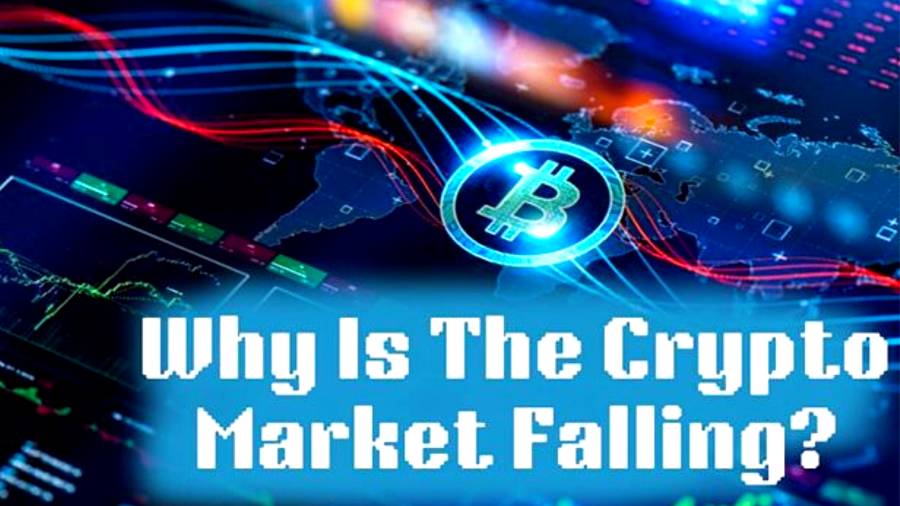 The year 2022 has been pretty grim for the crypto market and relatively challenging for the entirety of the crypto-universe.

The crypto community’s all-for-one ideology was the primary draw for a younger generation of socially isolated techies. Now, fear is spreading across the entirety of this universe, and the very same philosophy is responsible for what may be the greatest danger to its continued existence to date.

As is customary with finance, most financial markets encounter periods or cycles of highs and lows. After the US Federal Reserve announced quantitative easing, the cryptocurrency market experienced a massive bull run. This upsurge in activity has taken the place of the consolidation that was seen during the worst of the coronavirus pandemic in March of 2020.

We witnessed the crypto market reaching previously unseen ATHs. In November 2021, the price of Bitcoin surpassed $68,000, marking a new all-time high for the cryptocurrency.

However, since the beginning of this year, the cryptocurrency market has been moving in a bearish direction. When we compare the price of Bitcoin now to its ATH in November 2021, it’s obvious that the value of Bitcoin has decreased by almost two-thirds during this time period.

Not just Bitcoin has been affected but the vast majority of cryptocurrencies, including Ethereum, have experienced significant price decreases that have brought them to their all-time lows this year.

But the Australian Crypto Exchange service Timex is still growing steadily, offering the opportunity to all users to safely and quickly exchange cryptocurrency. This service is incredibly convenient for Australian users, analyzing Ethereum chart AUD and purchasing cryptocurrencies on the most favorable terms for you.

The Crypto market’s cycle has various terms or trends that are used to distinguish its movement at every given period.

These terms can be applied to the crypto market to refer to longer periods of predominantly upward or downward movement. This is due to the fact that the cryptocurrency market is typically volatile and experiences daily fluctuations.

What is the Bull and Bear Market?

A Bull Market is a term used to describe economic conditions that are, on the whole, favorable. When this occurs, it indicates that a market is improving, and it is also typically accompanied by optimistic investor sentiments regarding the market’s current uptrend.
A ‘bull run’ is a term used to describe an extended period in which a significant number of investors are stacking up cryptos.

Investors’ confidence is what generally influences a positive feedback loop, which further helps extend the ‘bull run’ over a significant period. The level of confidence that investors have in a particular asset is one of the primary factors that determine the price of that asset. This is especially true for cryptocurrencies.

A Bear Market, on the other hand, is one in which the value of cryptocurrencies has dropped by at least 20% and keeps dropping. Bear markets tend to last for several months. A decline of at least 20% from the most recent highs indicates the presence of a bear market that is on the decline.

Because of this, prices are usually very low and continue their downward trend at that point. The downward trend has a similar impact on the expectations of investors, which in turn helps to perpetuate the downward pattern.

In general, the aim of crypto traders is to acquire ‘crypto bags’ during a bear market, particularly at the very bottom of the market. Unfortunately, it can be hard to pinpoint when a bear market has ended. As a result, investors end up taking the risk of purchasing low-value cryptocurrencies that may or may not recover their value.

Reasons Why Crypto is Crashing

There are a couple of reasons why the crypto market is crashing.

Even though the general financial market has been experiencing a massive downturn on the global scale in 2022, it’s best to narrow it down to the crypto market alone. Here are a few reasons:

1) The After-Effects of the Pandemic

Bitcoin’s price fell from $47,000 to $43,000 despite the fact that it had been largely range-bound since December 2021. This was owed to the uncertainty surrounding the new COVID-19 variant – Omicron.

People have been reluctant to invest in cryptocurrency ever since the first of January 2022, due to their growing anxiety regarding the ever-increasing likelihood of viruses spreading across the world.

Since the pandemic literally halted economies worldwide, the lingering fear in the minds of investors on the emergence of another virus has refused to go away, and understandably so.

The invasion of Ukraine by Russia in February induced even greater levels of volatility in the cryptocurrency market. The global financial repercussions that followed are just one of the many effects of war.

In spite of the fact that cryptocurrency has been promoted for a long time by enthusiasts as an asset that is mutually independent of the traditional financial markets, the cryptocurrency market responded to the news of Russia’s invasion of Ukraine in the same way that the stock markets did.

As a direct consequence of this, the crypto faithful began initiating huge sales of their tokens in order to safeguard their portfolios from dropping even further.

Despite the fact that the cryptocurrency market has been stabilizing since the beginning of April, it started tumbling again around the middle of May after the stablecoin, Terra, crashed and lost its peg with the US dollar.

As a result of short selling, the price of LUNA began its sharp decline, which caused crypto holders to experience a sense of panic because most of them had lost a great percentage of their portfolio at that point.

The event contributed to the crisis in the market, which ultimately led to Bitcoin reaching its all-time low. The Cascades of liquidations started happening after the stablecoin, Terra, broke its peg to the US dollar.

After that, the cryptocurrency loan platform Celsius and the hedge fund based in Singapore known as Three Arrows Capital both went bankrupt and had to be liquidated. These occurrences had a significant influence on the market cap of the entire cryptocurrency market, and they all took place within a relatively short period.

There is no question that the crypto market and the equity markets are connected financially in some way.

When there is a downward trend in the stock market, it has an effect on cryptocurrency as well. The price of cryptocurrencies increased and decreased in tandem with the price of equities between the latter half of 2021 and the middle of 2022.

Since late 2021, tech stocks as a whole have been on a downward trend, which has affected the NASDAQ and other stock indices throughout the world. As a result, cryptocurrencies like Bitcoin, Ethereum, and Shiba Inu have also been impacted.

Due to Russia’s war on Ukraine, the already high degree of volatility that accompanies crypto assets has been amplified to an even greater extent than before.

The wisest course of action for an investor to take at this time is to maintain composure and refrain from making rash decisions in response to the shifts in the market. Instead, you should commit yourself to long-term investment methods that take a more comprehensive view of the crypto market.

Although cryptocurrency investors probably do not need to make any immediate adjustments to their strategies, it is essential to be reminded that certain crypto assets are more volatile than others. An illustration of this would be the Meme coins, which have very little or even no utility.

Because of this, the best course of action is to limit your cryptocurrency investments to Bitcoin and Ethereum, the two largest cryptocurrencies now available, and to invest not more than 5% of the total value of your portfolio.

It’s also best to stick with a mainstream, high-volume cryptocurrency exchange that is proactively compliant with evolving federal and state regulators if you want to buy and sell crypto.

Shiba Inu vs Bitgert: Which is Best to Invest in Long-Term?