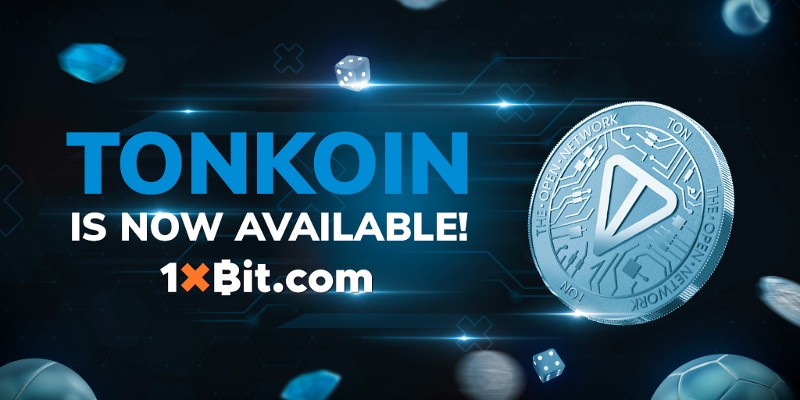 The acceptance of Cryptocurrencies is increasing in various ways. The new sensation is Toncoin which is now available on 1xBit as a payment method. TonCoin is now into the over 40 crypto payment methods that are available on the platform.

Initially called Telegram Open Network, the network was renamed The Open Network, as a consequence of the discord between both entities. The Open Network would end up birthing a native cryptocurrency – Gram of Toncoin later on. The TonCoin since its debut in the crypto space has experienced growing acceptance over the years, which is reflective of the currency’s utility.

To further buttress the utility of the currency, let’s look into some of the perks of the Toncoin network that stands it out from the others:

● Ability to process multiple transactions from an unlimited number of users simultaneously without altering the speed of transaction processing. This is aided by Hypercube Routing.

● Ability to exchange assets within the next as convenient as possible

● Decentralized mode of operation where all the power belongs to the users and not an entity.

TON promises some level of scalability which some existing cryptocurrencies are still trying to navigate. This goes to show why it is fast gaining popularity to as much as attract 1xBit to provide it as one of their payment options.

If you are yet to own a TonCoin, you might be sleeping on a goldmine that has prospects of becoming really hot in the crypto market. However, if you already have a TonCoin in your portfolio, and are new to 1xBit, in the next section, we will be looking at some of the benefits the platform offers.

It comes as no surprise that despite being relatively new in the betting industry, 1xBit has been able to build a clout following. This is a result of some of the benefits attached to using the platform below:

This among others is one prime factor that has pulled the crowd to the 1xBit platform. 1xBit offers its new users a welcome bonus of up to 7 BTC, which can be explored in sampling the platform while trying to find your way around.

It is almost rare to get stuck on the payment channel to use because of the cryptocurrencies accepted by this bookie. Currently, 1xBit makes provision of over 40 cryptocurrencies, including TonCoin.

For a couple of betting sites out there, the delay in processing withdrawal requests can be discouraging for bettors. This is something that can be hardly experienced at 1xBit because they use crypto as the main payment channel, which processes withdrawal requests in a few minutes.

This is one talking point that sets 1xBit apart from the crop of betting sites making waves today. At 1xBit you have assured some level of privacy, especially considering that none of your details will be demanded in the process of registering an account with the platform.

The large bulk of crypto payments accepted at 1xBit requires zero transaction fees to be processed.

Register and make your first deposit at 1xBit with TonCoin today and give yourself a chance to earn mouthwatering welcome bonuses!

8 Most Profitable Cryptocurrencies to Invest in 2022

How to Buy Bitrise Token in the USA?