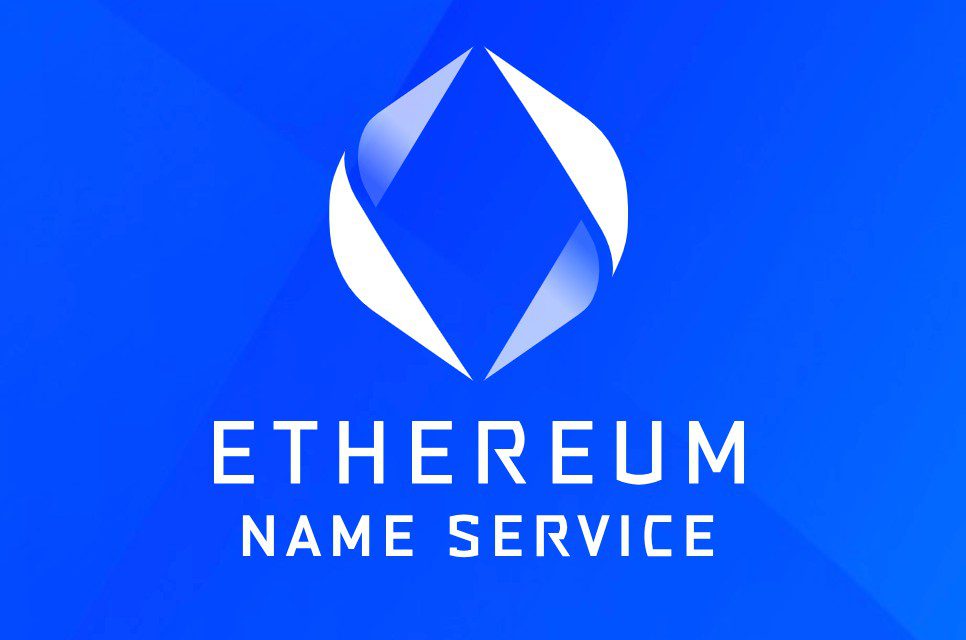 Anyone who has used cryptocurrency at least once knows that Ethereum and other tokens operate in a decentralized financial system called a blockchain. And to manage your crypto savings, you need special software (or hardware) called a crypto wallet.

In simple words, a wallet is a combination of computer code, a visual user interface, as well as public and private keys serving as username and ID respectively. Designed to be readable by a computing device like a PC or a smartphone, the public and private keys are strings of letters and numbers that look confusing to the average person. These alphanumeric codes are difficult to remember and therefore inconvenient to use. This is where Ethereum Name Service, a special platform for naming service data such as wallet addresses and hashes, comes into play. Widely spread in the Ethereum community, the ENS platform released its own token. And we are here to share predictions on how the price of the Ethereum Name Service token will change in the near future.

What is Ethereum Name Service?

Before we get into Ethereum Name Service price prediction, let’s find out what the project behind this very promising token is. To understand more easily what the ENS platform is, let us remember what the Internet was like in the early days of its development. Today, to go directly to a website such as a brokerage platform J2TX, you just have to type the domain name ‘j2tx.com’ into your browser’s URL. However, the first websites used IP addresses instead of domain names. For example, to reach a website, the user would have to enter a numeric code (IP) such as 50.218.57.65. Since the IP is a set of four numbers from 0 to 255, it’s hard to remember. To solve this problem, DNS (Domain Name System) was introduced, a special service that turns long numbers into human-readable names. As for Ethereum Name Service (ENS), this service does a similar job, with the difference being that instead of IP addresses, it deals with the complex alphanumeric data of crypto wallets. So, here are some interesting facts about ENS that anyone interested in ENS coin price prediction should know:

The ENS token is relatively new to the market and therefore almost any ENS crypto price prediction you come across may be too cautious or too optimistic, as there is still too little data for qualitative analysis.

Based on the Ethereum protocol, ENS is a token that plays a specific role in the community. By purchasing some tokens, you will become a member of the Ethereum Name Service with the right to vote, for example, on changes or improvements to the platform, similar to how it is implemented by DAO. Each token corresponds to 1 vote. A 67% vote in favor of a change is considered an absolute majority. ENS token holders can also use their digital assets to fund a Web3 development grant and make social proposals outside the network.

How to Buy ENS Token

ENS users who were already with the platform by 31 October 2021 received tokens in their accounts. For this purpose, the project developers allocated 25% of all issued coins. 50% of the coins were placed in the project’s public treasury. The remaining 25% went to ETH users as a result of an airdrop. The Ethereum Name Service platform token has been listed as a supported digital asset on some major crypto exchanges, including both decentralized and centralized ones. This means that you can buy ENS coins with fiat money or cryptocurrency on Binance, ByBit, Uniswap, and several other exchanges just like you buy Bitcoin with Visa at J2TX.

While the intrinsic value of the ENS token may seem obvious, the market price of the coin depends on many factors. To understand how different news and events have influenced the price, we will discuss the main milestones in the price history below. And this information can be very useful for those looking for ENS token price analysis.

How ENS Price Has Changed Historically

Publicly traded since the end of 2021, ETH was initially offered at around $33 per unit. Just one day after the launch, the coin has increased in value by almost three times. The main reason for this rise is that ENS wallet holders suddenly found a significant amount of coins in their accounts, sent by project owners. However, in the next few weeks, the token price fluctuated between $30 and $50. Towards the end of November 2021, the intraday price high was around $85. However, as a result of a price adjustment in December 2021, the token fell back to $50. At the time, the cryptocurrency had a capitalization of around $1 billion.

In early January 2022, the coin returned to its starting price and continued to fall. The invasion of the Russian Federation and the resulting market turmoil led to an even greater drop in the price. In March 2022 an unsuccessful attempt was made to remove Brantly Millegan, the project director. However, this had a positive effect on the price of ENS. In early May, the digital asset was trading at around $20 per unit.

The summer of 2022 was bad for the entire cryptocurrency market when many tokens fell in value as a result of the collapse of LUNA and the unbundling of UST. Up until August, ENS was trading at around $10-15. At the time of writing, the coin’s value was around $15 with the potential for further growth. Of the 100 million tokens planned for issuance, more than 20 million units are already circulating on the network.

Since ENS is a cryptocurrency, i.e. a highly volatile digital asset, there is no point in making long-term forecasts as they are often highly inaccurate. Most price predictions are usually based on technical analysis, i.e. algorithms that can change in the blink of an eye without reflecting real market conditions. We have looked at the forecasts made by the leading market players – check them out below:

In addition to those listed above, there are many other forecasts that are both extremely pessimistic and optimistic.

As a reminder, Ethereum Name Service is a young project with a token that has only been available for about a year. History remembers many cryptocurrencies that flared up and slowly faded over a period of months or years. However, there are several positive points in favor of the project. Firstly, ENS is based on Ethereum, the world’s number two cryptocurrency. Second, ENS is quite a promising project which is sure to be in demand among crypto enthusiasts. However, there is always a chance that a similar project will emerge that will surpass ENS in key metrics.

1. What is the Ethereum Name Service?

It is an Ethereum blockchain-based platform that transforms difficult-to-understand (and remember) crypto wallet addresses into easy-to-read names. It works much like a DNS server linking IP addresses on a global network with human-readable names. The ENS platform has its own token that is primarily used to participate in the governance of the network. Token holders can vote for or otherwise change the charter of ENS. The token has been publicly traded for about a year now, and you can buy it on some centralized and decentralized exchanges like Binance or Uniswap.

2. Why does the ENS token have value?

Trading at around $15 per unit at the time of writing, the token has value because it is used as a voting tool by network members. It also works as a digital asset with a price dependent on supply and demand. At the moment, there is quite high demand for such a young coin, so there is every reason to believe that its price will rise in the near future.

3. What is the ENS sentiment?

According to technical analysis and numerous indicators, market sentiment is bearish today. This means that many investors have started to sell tokens. However, market behavior can change at any time on the back of any optimistic news regarding the project.

Given that the record low price seen on the back of the LUNA crash is significantly lower than the token’s starting price, ENS is a very risky investment. Moreover, despite its recent rise, the token still hasn’t reached the price at which it was selling at the start. However, investing in cryptocurrencies is always a big risk, which may or may not pay off. So, the ultimate decision is yours.

5. What will the price of ENS be like a month from now?

According to the most optimistic predictions, the token could rise in value by about 20% of its current value. However, we cannot guarantee that the current moment is the best entry point into the market.

6. What will affect the price of the token in the future?

For the time being and beyond, the price of the token will largely depend on the behavior of investors in the market. At the moment, there is a bearish sentiment towards ENS.

Will The Fall of Fiat Exchange Volumes Stop Till the End of the Year?