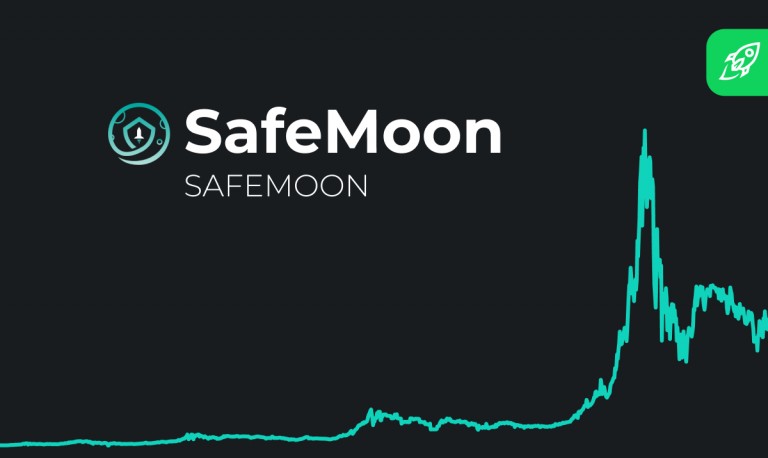 Safemoon Price Prediction: Safemoon as the name indicated safely departed to the moon backed by its own protocol. Safemoon said to be pure decentralized finance i.e., DeFi Token built on Binance smart Chain. The project simply works on three main factions that include reflection, liquidity provider acquisition, and token burn.

Safemoon is a 100% community-driven & fairly launched project, as the developer will burn all team tokens in order to bring a fair launch ecosystem. Total safemoon supply will be distributed to the community and investors. Automatic LP, where the user no need to provide liquidity manually because the moment the user invested from that moment platform automatically start generating liquidity locked inside PancakeSwap Liquidity pool.

RFI static rewards main key feature that gaining huge attention from investors. in this rewards, system holders earn passive rewards from static reflection, as total Safemoon will keep on increasing with time. Project dev believes in the current growing DeFi market most of the users get stuck in search of multiple figure APY which resulting in loss from LPs. so, Safemoon has introduced a new concept with the static reward that aims to eliminate the problem caused by yield farming rewards.

Safemoon as per CMC data was listed on 12th March 2021 with an average price $0.000000010 USD with $900k USD market cap volume in 24 hours. As of writing Safemoon token raised by 352044% i.e., almost 35k times than launched price, as no ICO report recorded. This is crazy stats because Safemoon’s less than 1 month already surpasses most of the top project ROI, where most of them completed 1 year of launch. Static rewards could be the reason as on 4th April 2021, Safemoon was the most visited page on CMC that means Safemoon page visited more than Bitcoin and Ethereum. in google trending stats of world filter, Safemoon got breakout response i.e., almost million in searches. while, trading Safemoon with pair WBNB, BNB, and BUSD user adjusting slippage up to 12% to 15%, as this happens when a lot of investors trying buying token at the same timing.

Predicting Safemoon pretty hard as rewards keep on increasing, as I personally invested $200 USD and got 0.25 billion tokens. in few minutes around new 10k coin was added to the balance, as it’s not definite it follows a random distribution pattern. as of now, safemoon reaches 665 million USD in diluted market cap and over $43 million worth of liquidity generated.

Static rewards will be conditional as they will depend on the number of tokens traded on pancakeswap. Static will be creasing downwards sell pressure for the early investors with keeping farming APY higher than expectation. Manual burn, as the team will burn tokens in the favor of token holders and increase their rewards. However, the team believes that this token burn process can impact either way because sometimes it reflects a price bullish run, or sometimes it can cause a bearish run.

Automatic Liquidity pool mentioned as the secret sauce of safemoon project, as it simply beneficial addition for the token holder. However, it will prevent big dips when whales or big investors decided to cash out their investment. it simply brings price stability and also create less price fluctuation.